Vijay Kedia, Managing Director, Kedia Securities Pvt. Ltd is a quintessential rag to riches story of India. He cannot be called any less of a self-made, prominent, trader turned investor of India. He is well known for his witty lyrics and his love for quoting Bollywood dialogues on national television. Mr. Kedia has seen giving point-blank lessons on investing (and trading) which other investment veterans seldom shares. He has been a keynote speaker in IIM Ahmedabad and IIM Bangalore.

In order to honor his love for Bollywood, the write up is divided into 3 segments: Lights (on his early life), Camera (on his strategies) and Action (on his investment rationale).

He was born and brought up in Kolkata to a Marwadi family. The family was in the business of stockbroking. His luck in education didn’t favor him and he was brought to fads and fancies of the stock market. He started his journey as a trader in the stock market at the age of 19. This was not only out of sheer passion but because of compulsion when his father passed away. He said that he was left with no choice but to join the family business of stockbroking.  He has been seen saying that the stock market is the only place where one can try his luck without much education, experience, capital, and savings at any time.

Beginner’s luck played its part and for the first six months, he flared at his work. In no time he learned the trick of the trade. However, soon his beginner’s luck started falling out and his losing trades outpaced his winning trades. Naive Kedia was also brought to a point where his mother was about to sell ornaments to do away his dues. Somehow Mr. Kedia was able to dodge the situation but the memories repeatedly flash when he shares this part, he said. And at this point in life, he learned that nobody is invincible. It is truly said that lessons which lasts, comes with a cost, a great one. Similarly, Mr. Kedia learned his biggest lesson to place a stop-loss while trading. He says without stop loss a trader cannot survive in the market. A trader can make money in many trades but can lose all the money in a single trade if he doesn’t use stop-loss, he says.

He planned to purchase an expensive stereo system, and a friend of him gave him a sound advice – Don’t buy depreciating assets, Buy appreciating assets. This lesson has stuck with him till date.

After a few years reclining on odd jobs, he was desperate to come to Mumbai, then Bombay to try his luck at the stock market and left Kolkata. Twice, he tried his luck in Bombay, but that did not paved way to be a member of the stock exchange. He came back to Kolkata and started supplying materials to tea gardens and quit dreaming to be a member of the stock exchange. He, again, decided to give a shot for the third time and stayed in Bombay for a year and a half which turned out to be a blessing in disguise. This gave him an opportunity to join the Bull Run fabricated by Harshad Mehta of the decade. He was quick enough to acquire knowledge about the stock and investing process. He also started following successful investors and read about different companies. He believes that ‘Passion is a greater force than luck.’ During the Bull Run, he decided to sell off his portfolio worth of Rs. 35,000 and invest in only ONE company. The investment shot up 10 times in a year. This was the start of a series of multibagger lined up which made Mr. Kedia an awestruck Indian investor of the time.

Mr. Kedia made his career by investing in mid-cap stocks. He has never invested in large-cap companies and his love for mid-cap businesses is beyond one’s imagination. He lives by an investment mantra which he has coined as ‘SMILE’ approach to investing. In the acronym ‘SMILE’,

S stands for a company small in size. He says that this should not be misunderstood as a small-cap company. Small in size should be accentuated in terms of the Company’s market share vis-à-vis the total market size of the industry.

M stands for management with medium in experience. He adds that the management should have a clean track record with fire in the belly to grow the company for the next 15-20 years.

L stands for management with large aspirations. This is the most important yardstick to be looked at in a management, says Mr. Kedia. He adds that for a company to reach from a small size to medium size, the management should aspire large enough.

E stands for extra large in market potential. He says that for a company to grow its size from small size to medium and so on, the market should have that potential to pan these out.

Given the above concept, it would be shocking to know that Mr. Kedia does not give much importance to return on equity, return on capital employed and other financial ratios. He tactfully adds that one cannot get a small company which is cheap and has prime return ratios too. Damn, that’s true! And given the illiquid nature of these companies, it helps Mr. Kedia to calm his reflexes and remain invested through thick and thin of the business cycle. His philosophy of investing hits a perfect cord into mid-caps as they are comparatively cheaper. Probability of multiplication is higher!

A small company, needless to say, is ringed on SMILE investment principle. Sudarshan Chemicals was a small company in the chemical space a couple of years back and aspired to become 4th largest player in pigment business which they achieved. Given the fire in the belly of management, the ball is set to roll to become the 3rd largest player in the industry. To this to happen, the company has to increase their turnover three fold minimum. And due to shut down of chemical industries in China, these targets are set to be seen achievable.

In his trading investing career of 25 odd years, he has always remained 100% invested in the market. There has not been a single time, he says, he isn’t 100% invested. When asked about his view on markets in bear times, he quickly said that he isn’t invested in the market or in stocks. He has invested in businesses. And this set a complete tone of his investment rationale. To him, what is the growth of the product being delivered along with sustenance over a longer period of time are the major questions one should ask while investing. He says that judging the management is very important. One should not forget to check how the company performed in bad times and how swiftly the management adopted the dynamic situation.

“When you want something, all the universe conspires in helping you to achieve it – The Alchemist, Paulo Coelho

Where there are ample of investment rationale to be learnt from Mr. Kedia, the one which struck the most is that he has never invested cyclical companies as he has never understood the business cycle. Hence, he says it is best to avoid, better to stay invested where one understands a bit. This is much similar to the concept of circle of competence laid down by Warren E. Buffett. If you haven’t want to know more about Warren Buffett, you can read it here.

That’s all for now. 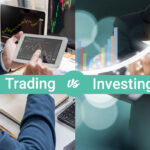 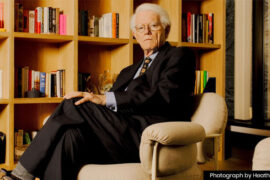 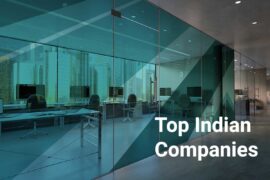