Every time the name MDH is mentioned, we automatically start singing,

Such is the Power of the Brand created by a 5th standard dropout who built a Rs 2,000 crore business empire from a meagre Rs 1,500 seed capital.

We have all grown up eating his Pani puris and Chole bhature’s but now it’s time to look at the man behind the spices, Mr. Mahashay Dharampal Gulati.

Mahashay Dharampal Gulati was born in a joint Hindu family on 27th March 1923 in Sialkot, Pakistan. His father Chuni Lal sold spices from a small shop in 1919 and was popularly known as ‘Mahashian Di Hatti’ (literally translated as the respected man’s shop)

Dharampal Gulati failed and dropped out of school in class five. As a result, his worried father decided to teach him workmanship or a skill that could land him a job. By the age of 15, Dharampal tried multiple odd jobs from clothing to hardware, but could not sustain any of them.

Eventually, his father made him sit at his shop where he started learning how to grind pepper and other spices. This little stint made him serious about growing his family’s spice business.

But as soon as Dharampal took charge of the spice business, India and Pakistan were partitioned and he and his family had to forego the spice business and all their assets as they migrated from Pakistan to India. They even stayed as refugees in Amritsar for a short while.

Delhi – Beginning of the Spice Mission

Not one to cry over spilt milk, he soon travelled to Delhi with Rs 1500 out of which he invested Rs 650 to buy a horse carriage. But he soon realised that the income generated from driving a horse carriage was not going to sustain him. He then decided to go back to his spice roots and sold the carriage to buy a small shop in Karol Baug setting the foundation of the MDH spice empire.

The Rise of the ‘Deggi Mirch Wale’

During the initial days, he preferred outsourcing the powdering process of ‘Haldi’ to a contractor. But unsatisfied with the inferior quality of Haldi, (as contractors used to adulterate the spice), he decided to start his own factory, ‘Mahashian Di Hatti Private Limited (MDH) in 1959.

Soon Dharampal Ji’s younger brother Satpal joined him and every evening, they used to sit together to discuss profitability and developmental activities of the store.

The spices were sold under the name ‘Pal di Mirch‘ (chilli powder) and ‘Pal di Haldi‘ (turmeric powder) and Dharampal Ji soon began to make a name for himself as he earned the title ‘Deggi Mirch Wale‘.

The Start of MDH’s Legacy

As business prospered, Dharampal Ji planned to introduce packaged masalas across India. But, this was not an easy task considering most of the housewives in that era preferred freshly grounded spices.

So, he came up with an idea and launched a cardboard box pre-packed series which carried Dharampal Ji’s photograph with a brand promotion message “Hygienic, Full of Flavour & Tasty”, convincing consumers that MDH masalas were of superior quality, taste and flavour.

By 1984, MDH launched its first TV advertisement featuring Dharampal Ji as the face of the brand welcoming guests to a wedding with the slogan. ‘Pandit Ji ke bina shaadi ho sakti hai par ‘degi mirch’ sabji me na pade to shaadi nahi ho sakti’ (The marriage can take place without the priest but not without MDH spices).

Dharampal Ji featured in all MDH advertisements as he believed that since he has built the company, his presence will imbibe trust among customers more than anyone else.

Because of this unique marketing strategy, today MDH has created its own distinct brand identity which is not dependent on movie stars but the spice star himself – Mahashay Dharampal Gulati.

MDH was started by Dharampal Ji in the era when housewives were suspicious of pre-packed spices. But by featuring in his own commercials, Dharampal ji built a unique one-to-one connection with consumers.

From a small shop in Karol Baugh, MDH today has nearly 4 lacs retail dealers in India and has a whopping 52 spice blends, much higher than Everest’s 34 spice blends.

MDH has installed fully automatic machines through which spices are cleaned, dried and grounded. Even after automating these processes, Dharampal Ji has ensured that the taste and quality of masalas remain the same.

His son and heir, Rajeev Gulati has put the company on the global map. MDH’s spices and blends are exported to the United States of America, Canada, United Kingdom, Europe, South East Asia, Japan, U.A.E. and Saudi Arabia.

Apart from being an industrialist, Dharampal ji was also a philanthropist and donated 90% of his salary for social welfare. His philosophy in life was simple, “Give the world the best you have and the best will come to you.”

Dharampal ji has been involved in several charitable and social activities through the Mahashay Chunilal Charitable Trust (named after his father)  which operates a 300-bed hospital, a mobile hospital for slums, and four schools in New Delhi.

A major factor behind the rise of the Rs 2,000 Crore MDH empire is Dharampal Ji’s unwavering focus on delivering ‘quality products’ to the customers.

In 2019, Mahashay Dharampal Gulati was awarded with India’s third highest civilian award, Padma Bhushan for his contribution to the field of food processing.

He passed away on 3rd December 2020 following a cardiac arrest.

Indeed, looking back at the journey of “The Spice King’ one can definitely say that his life was full of flavours and he will forever remain in our memories as we continue to sing, Asli Masale Sach Sach MDH MDH.

How to invest in Volatile Markets 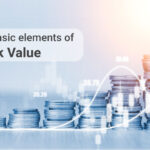 The 4 Basic elements of stock valuation

What is an Economic Moat?

What is an Asset Class?

Excuses that are keeping you away from investing