Most dreams and goals come with a financial cost attached to it. Following your dreams can be expensive if not planned well in advance. Do you know how much will your dreams cost you? Considering one’s standard of living, financial goals which may include providing for children’s higher education and other expenses like retirement it becomes important for a person to plan his future wisely. What if there is a way to not only have a stable future but at the same time maintain your standard of living and the changing lifestyles. Investing is the most effective way to achieve this, having said that it is crucial to understand the timing of investing in ensuring growth in your wealth.

Investing early and the difference it makes might come to you as a surprise. Investing is usually associated with old age especially when it comes to reaping its retirement benefits, but little do you know about the major benefits of investing early for retirement or any long term financial goal.

The most important benefit of investing early is the power of compounding which is referred to as the greatest mathematical discovery of the world by Albert Einstein. But why is this tool so important and powerful? The following example will help you understand the concept of compounding and make you believe how beneficial it is to start investing early considering the difference it makes compared to investing at a later stage in life.

Let us take an example of 2 potential investors, Ramesh (age 25 years) and Suresh (35 years). Both of them have a common goal of investing for retirement at the age of 60. Ramesh starts investing early and he invests a sum of Rs 10000 @7 percent (with a contribution of Rs 10000 every year thereafter). As Ramesh turns 60, after 35 years of staying invested he earns a sum of Rs 1489135. At the same time, Suresh who began investing at a later stage in his life with the same investment amount of Rs 10000 @7 percent (with a contribution of 10000 every year) was able to accumulate only Rs 686765 at the age of 60, after 25 years.

VALUE OF INVESTMENTS AFTER COMPOUNDING

HOW TO MAKE YOUR MONEY WORK FOR YOU

This question highlights the power of compounding, wherein the money you invest and the yearly interest you earn on it is reinvested from time to time (here it is on yearly basis) along with an additional contribution if any (Rs 10000 in the above example). As a whole your initial investment, the interest earned on it and the interest you earn on that clubbed amount (initial investment + yearly interest) when you keep reinvesting works to build your wealth. Thus the number of years or duration for which a person stays invested becomes very important when it comes to earning higher returns. This is practically possible if you start investing early because the power of compounding proves to be fruitful that way.

Age is not just another number when it comes to investing. Taking a decision to start investing at an early stage of your life, say in your twenties gives you exceptional advantages in the form of time and ability to tackle or overcome the investment risks that might persist at a later stage. An investor’s age has a considerable impact on the amount of risk he or she can withstand. At a later stage in their life, people shy away from investments, especially individuals reaching retirement age. It is better to start investing early so that you have enough disposable income to cover your risks which otherwise would be saved for retirement.

A person does not require a lot of money to build his wealth neither does he need to possess professional investing skills and knowledge. Smart and timely investments can help work wonders for first-timers or beginners in the world of the stock market. StockBasket is a platform for such beginners to make smart investments from a long term perspective using the basket approach. Each basket consists of expert-selected stocks that help to reasonably diversify the risk and at the same time, help you create wealth. These stocks are carefully selected using SAMCO’s research system and give exposure to high growth, high return companies to an investor.

In the end, to summarize the above points, it is wise to start investing early considering the benefits of early investments viz. the power of compounding and the age factor. 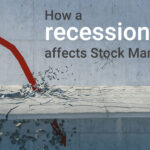 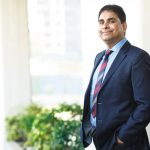 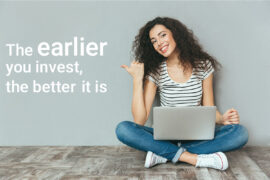 Why you should start investing as early as possible4 min read 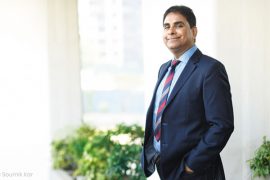 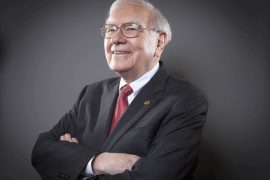